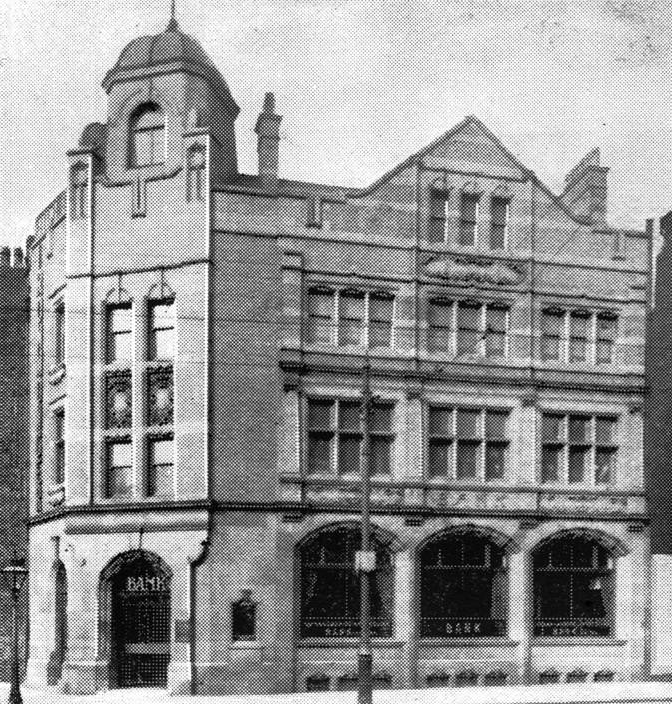 The Lancashire and Yorkshire Bank’s Branch at 77 Shudehill

The Lancashire and Yorkshire Bank’s Branch at 77 Shudehill opens for business in 1873, and is one of a large number of Manchester City Branches that joins Martins in 1928 when the Bank of Liverpool and Martins, and the Lancashire and Yorkshire Bank amalgamate.  It is typical of the grand, beautiful buildings built or used by the L & Y, and our image (courtesy W N Townson bequest) shows the branch before the amalgamation. Sadly, this is the only image of Shudehill branch that is currently available. Who would have though that almost 150 years later it would be an Italian PASTIFICIO?

Mr. J. J. Openshaw, Manager at Shudehill since 1948, retired at the end of August. There was no formal presentation ceremony, at his own request, but a cheque was presented to him by Mr. B. E. Lockwood from his many friends and colleagues, and will be used for the purchase of a bookcase. A box of chocolates was sent to Mrs. Openshaw.  During his last day at the office many customers called to express their good wishes, and in the evening he and Mrs. N. Hollin
s, who retired from the branch on the same day, entertained the staff and friends at a cocktail party at the branch. Mr. Openshaw entered the Lancashire & York­shire Bank in 1916,  and served at  various  branches,  including Haslingden, Blackburn, Warrington, Man­chester City Office and Brown Street. In 1929, whilst at Blackburn he was in charge of the sub office at Cherry Tree. He was given his first signing authority in 1938, at Manchester City Office and became Pro Manager there the following year. He was appointed Accountant at Brown Street in 1941 and from 1944-46 served with H.M. Forces, resuming his appointment on his return. In 1947 he became Assistant Manager at Brown Street and Manager at Shudehill in 1948.

A sort of bank raid?

Our friends at ITN Source, whose archive of historical news footage is the largest in the world, have a short piece of silent film from 1962 which originally accompanied a news bulletin about a £14,000 raid at Shudehill branch.  Here, we have the story of what actually happened  from Eric Mellor, a member of Martins Staff who remembers it well.  You can view the piece of news footage, and also find news reports of two other Martins Bank raids at the ITN Source web site. Raids at Sloane Street and Farningham are at the top of the list, and a little further down, the Shudehill film clip is entitled “BANK SNATCH”…

“I remember the occasion very well as I was at Shudehill from 1956 to 1960. Every Saturday morning Jim Openshaw the Manager and Bob Agnew the Branch porter used to take a suitcase full of cash to Spring Gardens branch in Openshaw’s car. Shudehill branch was opposite the old Smithfield Market and always had loads of surplus cash from the Market Traders. It was a regular Saturday morning trip and obviously somebody in the Manchester underworld had been tipped off by somebody working in the market. This particular Saturday the case full of cash was put in the boot of Openshaws car and as the car set off for Spring Gardens it was rammed by this other vehicle and the cash was stolen. So it was not so much as a raid on the branch rather a raid on Openshaw’s car. I had left the branch the previous year but remember quite clearly reading the account of the raid in the newspapers. Neither Openshaw nor the porter were injured but obviously were badly shaken by the event. If I rememebr rightly Jim Openshaw should have retired the previous year but had been asked to stay on for a further two years and had agreed to do so as he still had a young family to support. Needless to say he was quickly retired after this event but his retirement was not a happy one as he had no real interest outside banking and he died about two years later.”

Taking used notes in a suitcase to another branch is definitely a “Spanish Custom” very much of its time, and would no doubt cause an international incident if it were to be repeated in these days of armoured bullion vans!  At the time of this snatch in 1962, £14,000 would have been a fortune that could buy a couple of houses and several cars.  It would still be another six or seven years before banks routinely built bandit screens into their new branches, separating cashier from customer forever. 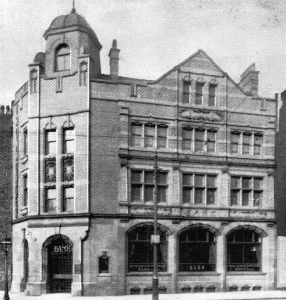 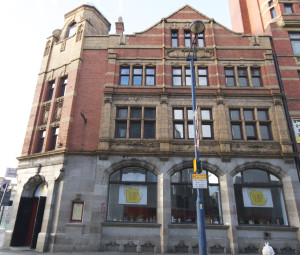 1873 -> Opened by the Lancashire and Yorkshire Bank